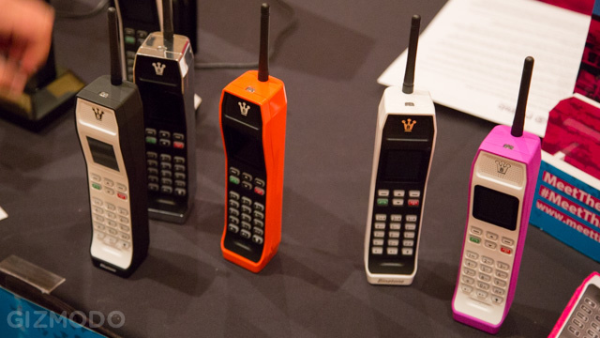 The brick is a two-way device, meaning you can either pop your SIM card in it and use it as your regular cell, or you can connect to it via Bluetooth. The base model ($70) has a whole month of battery life and the bigger version ($100) has a whopping three months of juice (haha, what?). The retro device also doubles as a Bluetooth speaker. Also you can play Snake. Snake!

Yes, maybe we have gone a little far with our 90s nostalgia, and no, there is absolutely no reason to own this. But I actually can't hate on the Brick too hard. It's downright ridiculous and you probably should not buy it. But something about the fact that it exist is fantastic! Sometimes fun for fun's sake is a good thing. Also, I have made the argument many times that I want less of a phone, not more of a phone. Well, here you have it, straight from from the 90s. 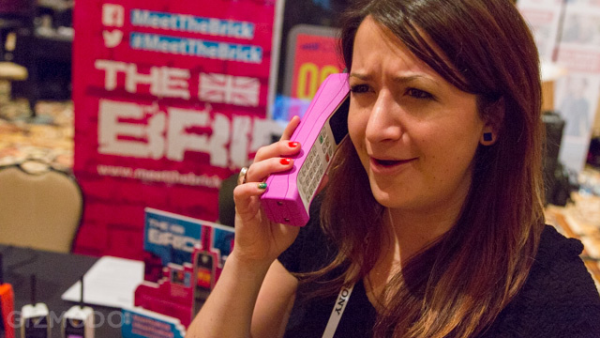 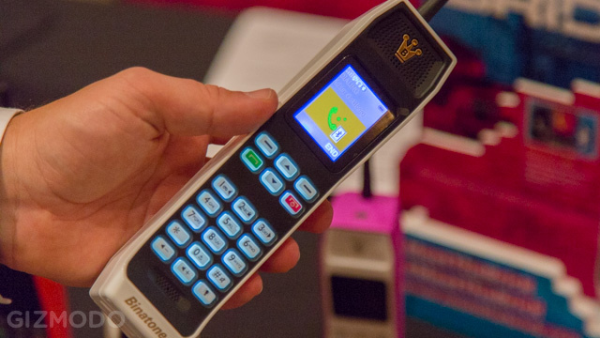